All author images displayed on this page by Tinatin Kiguradze, from her project „I will always be“

Andreas Oetker-Kast, *1964, photographer living in Kiel, northern Germany, focussing on personal projects in documentary style and music photography. Since 2006 his works have been awarded with awards and grants and were presented in solo and group exhibitions in Germany and internationally and is published in books and catalogs. In 2012 he and his wife started their own publishing house bt:st verlag, to provide a home for his self-published works. In 2011 he started working on the „Tamar, where are you?“ project and initiated the collaboration with the Georgian artists in 2016. www.andreasok.com

Dina Oganova, *1987, Georgian documentary photographer working on a personal, long term projects mostly in Georgia and Post Soviet Countries. In 2012 she won her first production grant from the Open Society Foundation. In 2013 she was the first Georgian photographer selected to attend the World Press Photo‘s Joop Swart Masterclass, was in 2014 selected as one of 30 best women photographers under the age of 30 followed in 2015 by the nomination as one of the 30 best emerging photographers to watch by the American magazine Photo District News (PDN). http://www.dikarka.ge 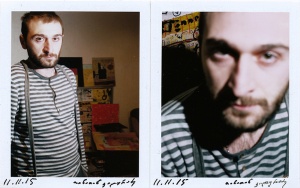 Giorgi Shengelia, *1984 in Tbilisi, Georgia. Graduated from the faculty of communication at Insitute in 2006, in 2009 moved with his family to live in Florence, Italy, where he took a course in photojournalism in the school of Marangoni in 2012. After finishing his first photo project (Four Rooms) he moved back to Tbilisi, Georgia. Since 2013 George Shengelia is living in Georgia working on independent photo and modern art projects. In 2014 he was chosen for Noor-Nikon Masterclass Istanbul. www.instagram.com/fotografo.giorgi.shengelia 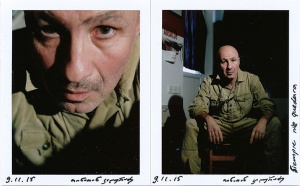 Guram Tsibakhashvili, *1960, Tbilisi, is a photographer, teacher, gallerist and conceptual artist, whose work has been exhibited since 1985 in over 100 exhibitions in Georgia and around the world. In 2013 he co-founded the Container Art Gallery in Tbilisi, where he exhibits and teaches photography and art projects. In addition he is the curator of the Tbilisi Photo Festival, which is one of the permier photography events in the Caucasus region. https://www.facebook.com/GalleryContainer/ 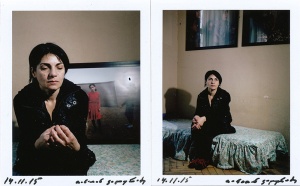 Natela Grigalashvili, *1965 in Khasuri, Georgia is a self-taught photographer and unquestionably one of the most original representations of her generation, that was formed during the big social and cultural fluctuations after the collapse of Soviet Union and is one of the first female Georgian photographers of this generation. While working on her long-term personal photographic series, she managed to create her own photographic style, where artistic ethics are defined by sincerity and with a vision free of influence. Natela Grigalashvili is one of the most distinguished authors in the history of Georgian photography. www.natelagrigalashvili.com 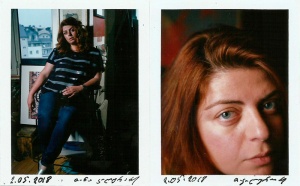 Tinatin Kiguradze, *1982, Tbilisi, photograper and teacher, whose work has been awarded and exhibited in Georgia and internationally ever since she finished university in 2006. As a co-founder of the Container Art Gallery in Tbilisi, she organizes exhibitions and is teaching theory and history of photography in the gallery’s education program as well as at the Ilia State University in Tbilisi. https://www.facebook.com/GalleryContainer/

Vakho Khetaguri, *1989, lives and works in Tbilisi, Georgia. In 2011 he studied at Guram Tsibakhashvili Photo Studio and was also a participant in several workshops in 2013-2014 lead by international renowned photography artists. Ever since 2013 his work has been widely exhibited in Georgia and internationally and published in books and magazines. http://www.vakhokhetaguri.com/ 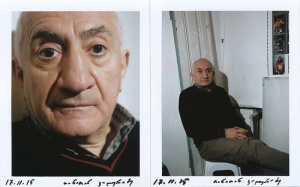 Yuri Mechitov, *1950, started photographing at a very early age and had his first exhibition in Tbilisi in 1979 and has been working as a photographer, artist and teacher ever since. While focusing on documentary photography in the earlier years of his career he has since broadened his spectrum to include portrait and art photography, which he is also teaching at his own photography school in Tbilisi. His work has been shown all over the world in countless exhibitions and was published in books and magazines. http://mechitov.net