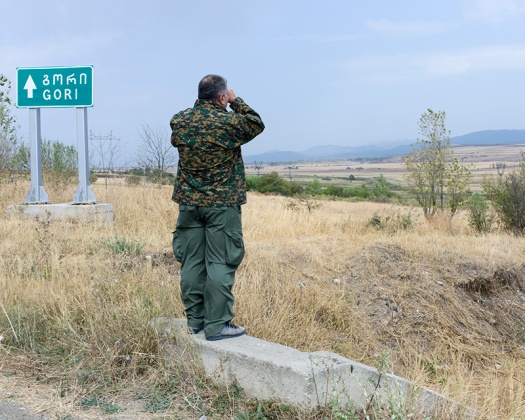 Last week, news came that Syria had officially recognized Abkhazia and South-Ossetia as independent countries – a move that has been denounced by a wide array of countries from the western hemisphere.

This brings back a day last September when I was traveling to the occupation line separating Georgia from its former autonomous region Samachablo – now mostly known as South Ossetia or Tskhinvali Region – with members of a group called „Power is in Unity“. 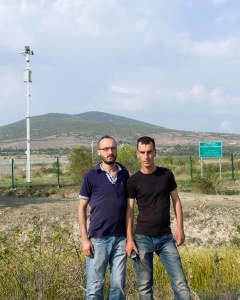 It is where I met Mikhael, David, Alexandra, Lasha and others of the movement. They told me about their cause, that they would be going to the occupation line every day to monitor military movements on the other side, to show presence – and to raise awareness for the situation. Their goal is to reach a point where there’s room for top-level political talks which should ultimately be leading to the unification of Samachablo with Georgia. 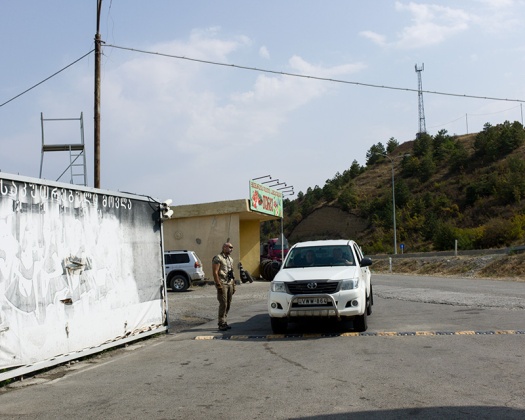 The day ended with them demonstrating their conviction that Georgia should be even more integrated into western alliances – and with soft spoken Giorgi quietly sitting down, holding his smart phone to his ear listening to a Georgian song while his gaze reached out to the land that once was home to many of them. 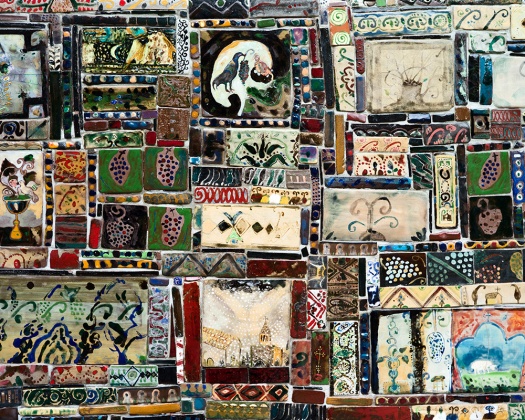 My first trip to Georgia was in 2011 – and ever since, I’ve been working on this project. First out of a fascination for this unknown country – it was like they say, if you come to Georgia once, you will come back. Year over year this fascination grew into curiosity and the wish to know and understand more.

This photograph of an artwork by Rezo Gabriadze was one of the first ones I made – and still is one of my favorites. The original artwork can be found in the old part of Tbilisi, it decorates the wall of the Gabriadze Theater, which is one of the premiere cultural institutions in town.

Welcome to the new web site for our photobook project „Tamar, where are you?“ – an exploration of the country of Georgia through the eyes of one German and seven Georgian photographers as well as three Georgian writers.

From now on you will able to accompany the publishing process of our book here – and find many additional stories about Georgia and the participating artists.

“ Tamar, Where Are You?“ is a project approaching the country Georgia from a societal perspective – and it is a German-Georgian collaboration. The project was initiated by the German photographer Andreas Oetker-Kast and his work on Georgia and is supplemented by stories of Georgian photographers and writers, thus allowing for a juxtaposition of inside versus outside view of the country. The book was published in the summer of 2018. More

Here is a video about the project: